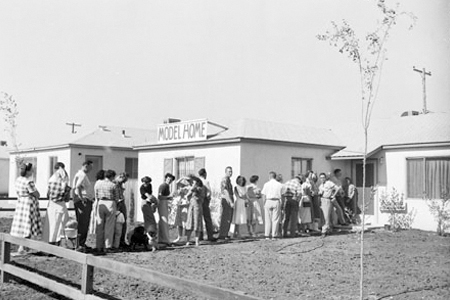 The City of Henderson celebrated its 60th anniversary as an incorporated city in 2013. That milestone became a reminder of our community’s rich history, and the City began a process to develop a plan to identify our significant historic resources.

Over the course of two years, the City received grants that enabled staff to hire ASM Affiliates--a firm with expertise in historic preservation--to help develop the City’s first historic preservation plan. This plan was developed through extensive outreach with affected stakeholders including the Henderson Historical Society, business owners, historians, and residents.

The Historic Preservation Plan, which was adopted by City Council on June 3, 2014, can be viewed here.

In 2015-2016 the City of Henderson built upon the Historic Preservation Plan and developed a two-phase Henderson Historic Resources Survey Plan (HHRSP). The HHRSP provides the City with a framework that the City, in partnership with the Nevada State Historic Preservation Office (SHPO), can follow to identify, record and evaluate Henderson's historic resources for potential eligibility to the local, state and National Register of Historic Places (NRHP).

The Henderson Historic Resources Survey Plan was accepted by City Council on September 19, 2017 and can be viewed here.

Questions and comments on either plan can be directed to Alejandra Fazekas 702-267-1559 or alejandra.fazekas@cityofhenderson.com.