Background: The Boulder Highway Corridor connects Downtown Las Vegas, Henderson, and Lake Mead. The area of Boulder Highway between Gibson/Broadbent Boulevard to the north and Wagonwheel Drive to the south encompass Henderson's nearly 8-mile portion of the thoroughfare.

At one time, Boulder Highway was the only road to connect the downtowns of Las Vegas, Henderson, and Boulder City. Throughout its history, it was a heavily traveled and vibrant corridor, lined with motels, casinos, and other businesses, and has several signalized and unsignalized access points along the route. The extension of the U.S. 95 freeway in the 1980s led to a slowdown in business activity along the corridor.

Despite this change, Boulder Highway remains a critical transportation corridor and was identified as a priority for the addition of Bus Rapid Transit (BRT) provided by the Regional Transportation Commission of Southern Nevada which has been implemented. 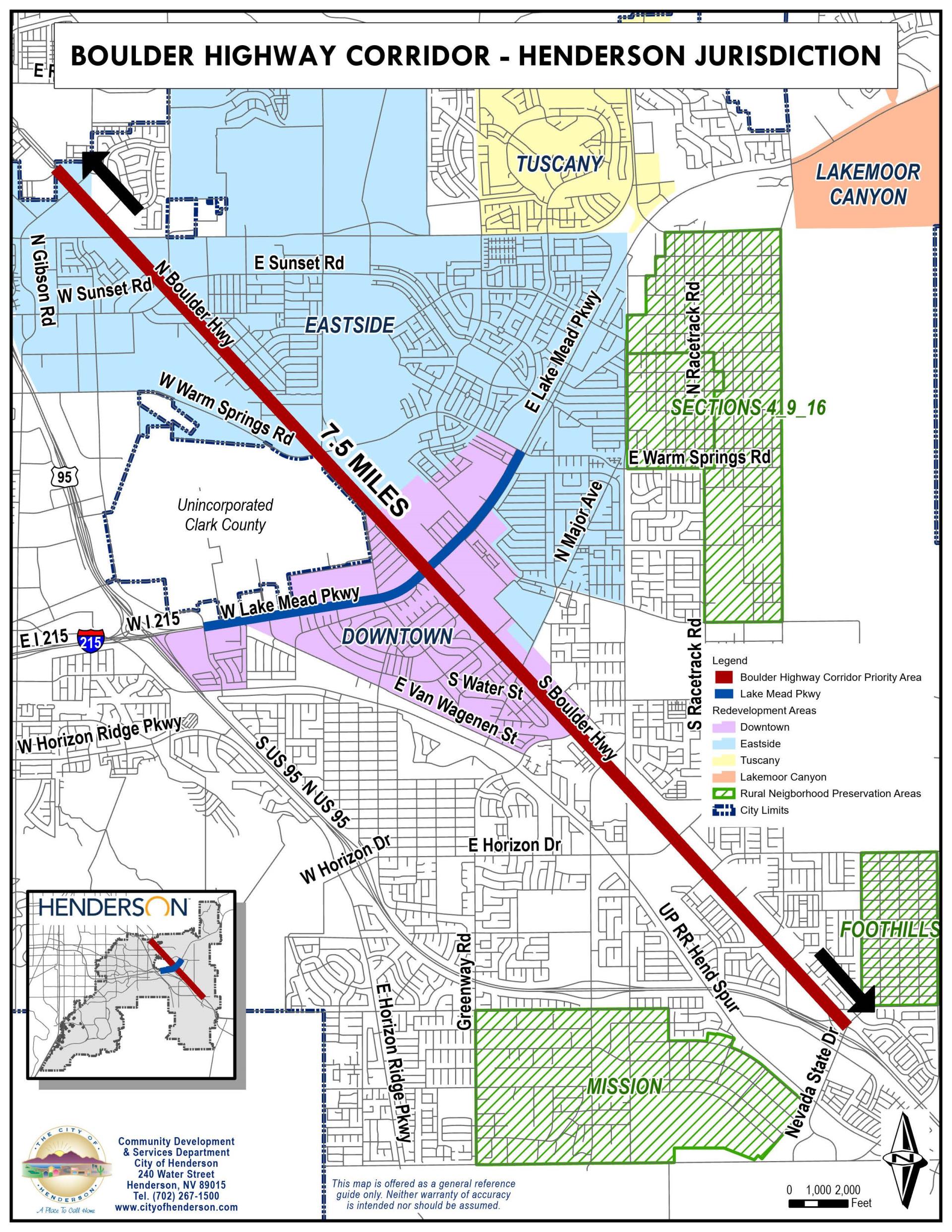 Adopted Boulder Highway Planning Initiatives to best position the corridor for current and future use: 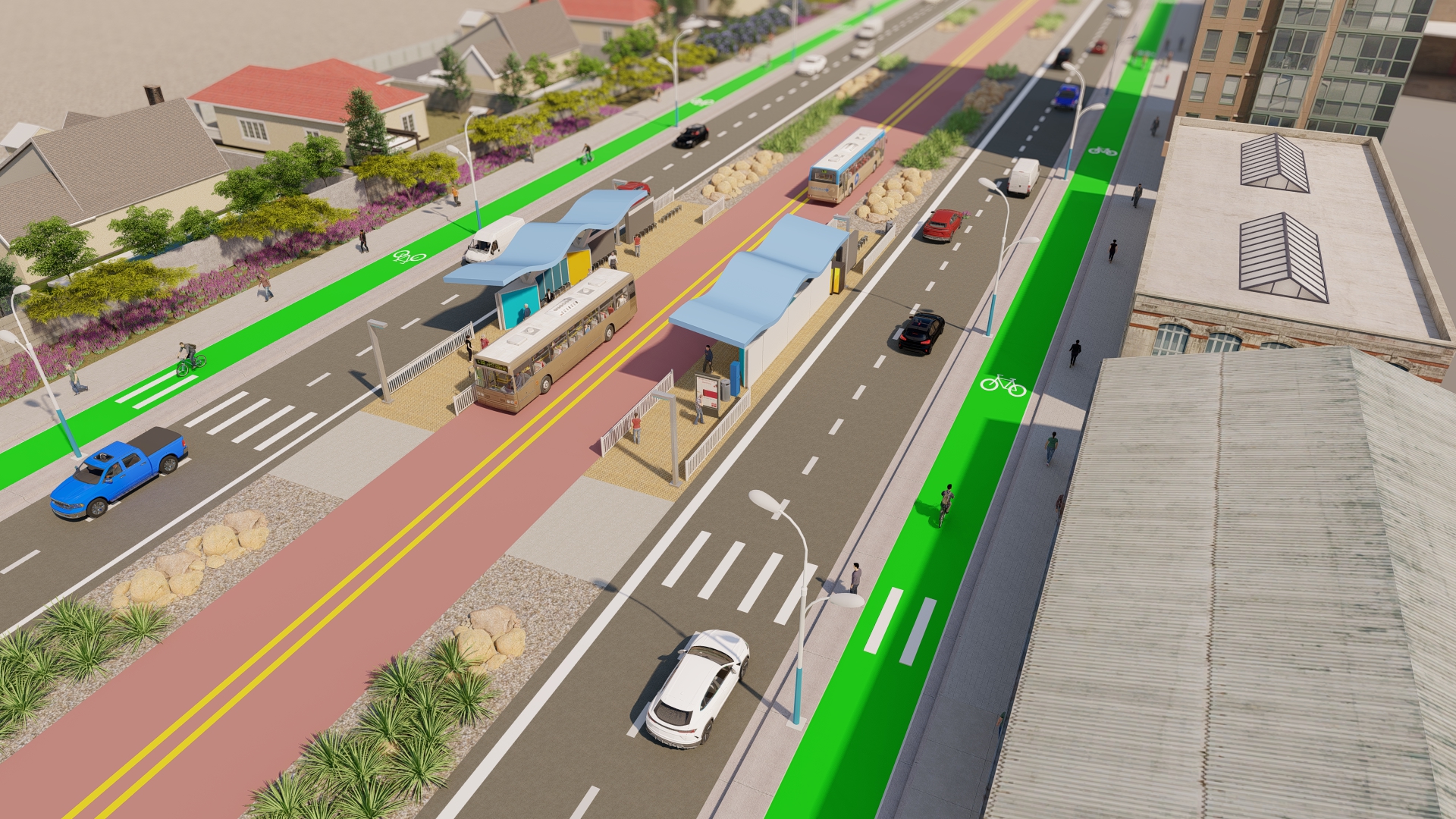