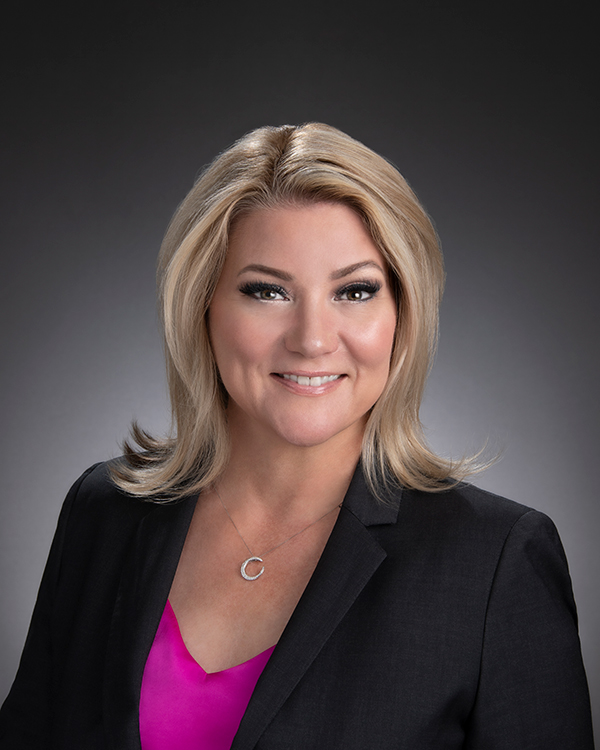 Michelle Romero was elected Mayor of Henderson in June 2022 and took the Oath of Office on January 3, 2023. She was elected at-large to the Henderson City Council in April 2019, representing Ward I.

Mayor Romero serves with her fellow council members as the legislative branch of the Henderson community, responsible for setting policies and making decisions for many aspects of local government for Nevada’s second largest city, recognized as one of the best places to live in America and one of the nation’s safest cities.

Mayor Romero represents the City of Henderson on the Board of Directors of the Southern Nevada Health District, as one of the Chief Local Elected Officials overseeing the Board of Workforce Connections, as a member of the Clark County School District Oversight Panel for School Facilities, and as the Council representative to the Henderson Planning Commission.

Prior to her elected service, Mayor Romero served the City of Henderson for 25 years in several capacities, most recently as the Henderson Redevelopment Agency Manager from 2007 until 2016. In this role, Romero lead a team of professionals who indelibly changed the face of the Downtown Henderson/Water Street District and other maturing areas of the city. Her responsibilities included managing all services and activities of the Redevelopment Agency and the five Redevelopment Areas, which include Downtown, Cornerstone, Tuscany, Eastside and Lakemoor.

As manager of the Redevelopment Agency, Councilwoman Romero oversaw the renaissance of the Water Street District, resulting in new housing and retail opportunities, jobs and entertainment venues. Additionally, she oversaw the creation of both the Eastside and Lakemoor Redevelopment Areas, the completion of infrastructure improvements in Tuscany, and the negotiation of Owner Participation Agreements for tax increment reimbursement for the Cadence, Union Village and Henderson Hospital projects, each of which is expected to bring thousands of jobs and billions of dollars in investment to the city.  She serves on the Community Advisory Board for Henderson Hospital.

Mayor Romero worked with local businesses to form the Water Street District Business Association and brought the Super Run Car Show to Henderson in 2000, which annually generated millions in visitor spending in Henderson. She led the creation of the Farmers Market at the downtown events plaza in 1999, and managed the Agency’s creation of numerous financial assistance programs that have successfully encouraged business owners, residents and developers to reinvest in aging areas of Henderson.  A native of Henderson, Romero graduated with a bachelor’s degree in public administration from Upper Iowa University and is the owner of Michelle Romero Consulting, which specializes in Redevelopment, Economic Development and Planning issues.

Married to her husband Ben Romero since 1986, Mayor Romero has four sons who were raised in Henderson and nine grandchildren.